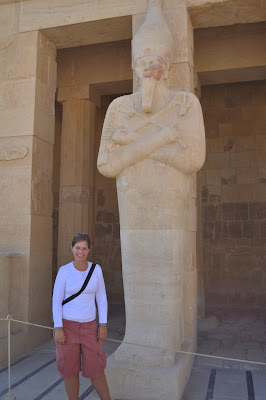 At the queens temple. 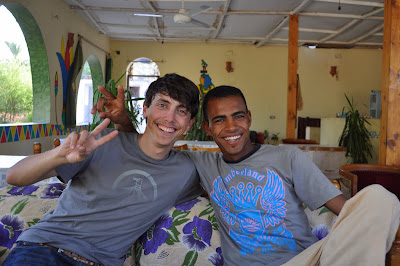 Matt with our driver, Mohamed. He was great. This was before we got screwed over at this restaurant. There are no menus anyway on the west bank of the Nile in Luxor...go figure. So when they told us the price, they said 110 Egyptian Pounds. I almost choked, because Matt and I had been eating every meal for about 10 Egyptian Pounds, or less. One falafel is one Egyptian Pound, if that gives you an idea. So then after I said it was too much, they said 84 Egyptian Pounds. I still refused. I was really fired up about it. If you actually know me, I'm sure you have an idea. These men were then mad at me, because I didn't want to pay that much. After going back and forth and saying that it should only be 50...and even that was way too generous, I told Matt to get up and leave, which he smartly didn't question, and left, then I put a 50 on the table, stared into the man's face, daring him to touch me, really, or say something else...and walked out... I really can't remember being that mad or that pushed around for a long time. But I'm glad I didn't pay for 110 or 84 like they wanted. Maybe they'll think twice about taking advantage of a young American girl next time, although I doubt they will. 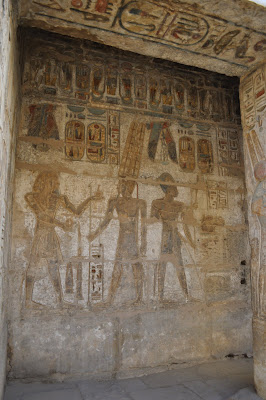 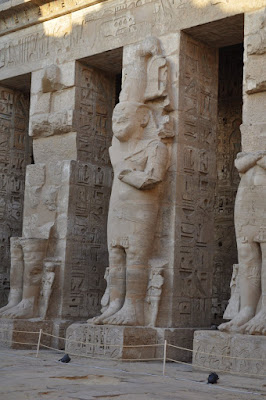 So Outside of hanging out with Herman, what did you think of the Pyramids? The queens temple looks great considering it is thousands of years old... I am very jealous, Egypt is the next country on my list. How massive were the pyramids? how far did you have to travel once you started to see them (was it similar to approaching a mountain range where you can see the mountains a long drive before you are anywhere near them). Stay safe travels :)

The pyramids were big. And impressive that they've lasted so long.

But no, you come right to a gate of the "pyramid complex" because they are fenced off, you pay half price, if you are a student and have one of those international student cards, walk a bit and you are in front of the pyramids. The pyramids are literally right next to Giza, so you can't really see them from a distance, unless you have someone take you around the back of them like we did.

You'll like Egypt, but you have to have a backbone because they'll take advantage of you like crazy.

I was very impressed with your resolve dealing with the Egyptian merchants. I think the only way you could have done more was if you had a friend in Egypt like Indiana Jones did. Just remember don't eat the dates(they were poisoned in the movie, poor monkey). I hope you are enjoying your time and that the locals are not giving you too hard of a time. thanks for the info