I am also going to be the Assistant Swimming Coach......it should be interesting. But the head coach is really good, so I am more an organizer/motivator. Thank goodness. =)

I went to Muncie Sunrise Rotary this morning and I am going to a Rotary dinner tonight. It is two and a half hours away...I thought it was closer. Oh well!!

I made cookies at Kayla's house...her house is so so adorable. I could easily move in. ;-)
Posted by Andrea at 1:09 PM No comments:

I will be teaching 4 classes of "Geography and the History of the World" and 2 classes of US History!! My room is 224 and there is orange wallpaper...yep, I said orange. =)

But it's a really young department, I think we will all work together and have a lot of fun!!
Posted by Andrea at 8:15 AM 1 comment:

I am excited about my job. I didn't mean for the last post to sound monotone. It is hard not to have mixed feelings. I left the most beautiful country and many many wonderful loving friends who were really my family. Now I am starting again in the US. It is really difficult at times, not just being with my parents, but American culture in general. I am grateful to be with my family, I am also grateful for a washer and dryer and ice cubes. But the US is so so wasteful, not just gas, but electricity and water. Coming from a country that has to shut off the water to conserve resources, to America, where we all have beautiful green lawns, relaxation fountains, and houses are required to have a street lamp, it's a little shocking.

But that's also why I think it is so important for me to teach in the US, at least for now. I want to help students realize that the world isn't like America. There are places that have nothing, and that's okay. They don't want a $100,000 income, 2.5 children, a three car garage, and a country club membership. Because in some parts of the world, family, friends, and G-d are more important than material possessions and societal status.
Posted by Andrea at 9:18 PM No comments:

I got a job...in America...at Portage High School in Portage, IN. I will be teaching Social Studies...as for what subjects, I am actually not sure...more to follow...
Posted by Andrea at 12:05 AM No comments: 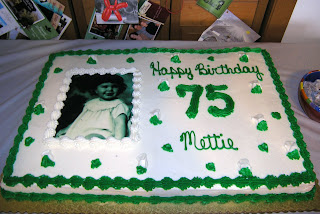 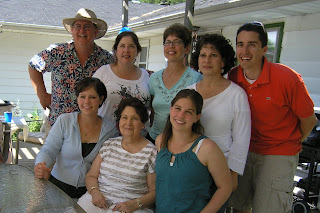 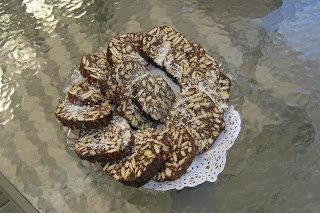 Mosaik pasta I made for the party!! It was perfect, Sevgi would have been proud of me! 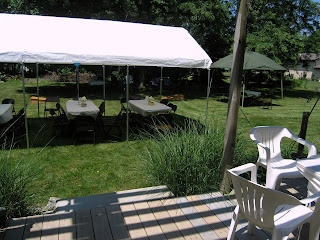 Our backyard set up for the festivities!
Posted by Andrea at 11:59 PM No comments:

If you didn't already figure it out from the title..today is my birthday!
Posted by Andrea at 8:22 AM 2 comments:

Tomorrow, my birthday, I will have been home for a week. Everyday gets a little easier. My parents are wonderful, this has nothing to do with them, but life here is so different. I don't have any friends in Chesterton, they are scattered around the world. So I went from being with people 24/7...literally...to no one.

Besides my friends in Turkiye...I miss the sound of the call to prayer. It would go off five times a day. The longest in the morning. I didn't go and pray, I'm not Muslim, but I would always slow down, re-center, re-focus, smile, be grateful, etc. Of course, I can do that without a booming call to prayer, but it's easy to forget.

Turkiye'yi cok seviyorum.
Posted by Andrea at 5:03 PM No comments:

Chicago with my mom and Cindy 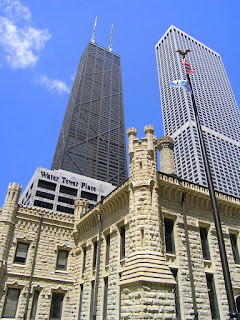 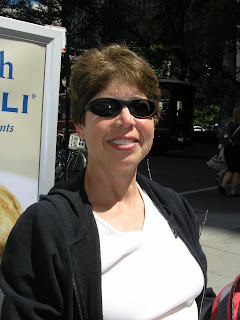 Liz and Steven got MARRIED!!! 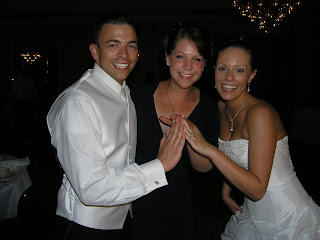 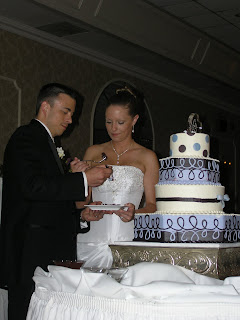 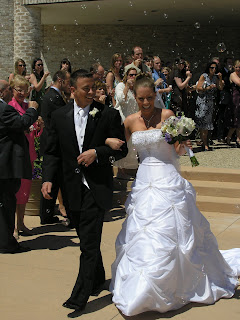 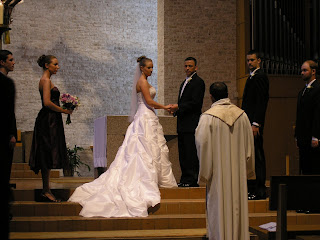 Posted by Andrea at 8:01 PM No comments: 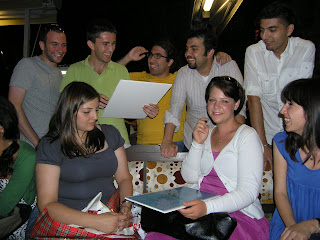 Volkan wrote me two poems...I cried, but it was worth it, they are beautiful. 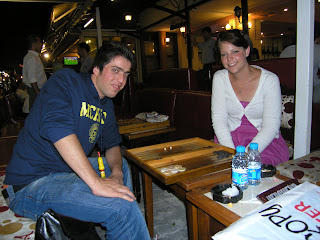 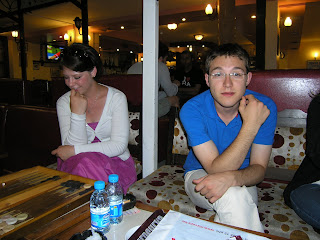 Posted by Andrea at 4:38 PM No comments: 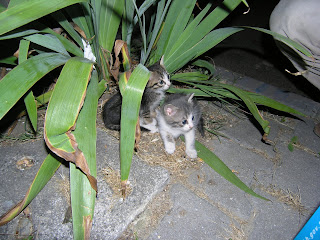 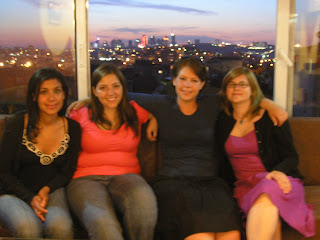 I know this is blurry...but I love my girls...and the view! 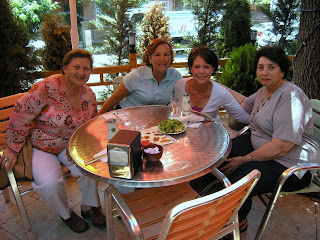 With Sevgi's grandma and teyzes!! They are all painters! and so so cute! 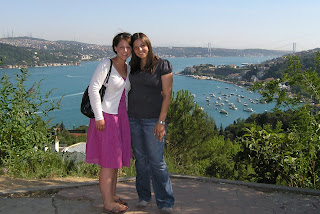 Me and Sevgi at the best view in Istanbul.......my last time up the hill.

Posted by Andrea at 4:35 PM No comments: 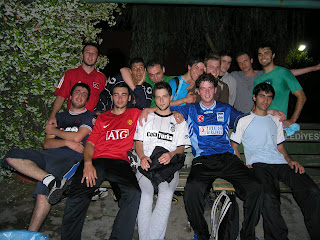 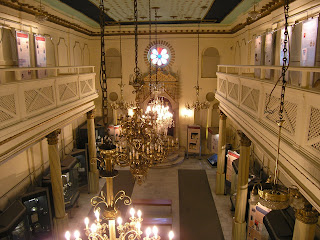 Inside the Jewish Museum... 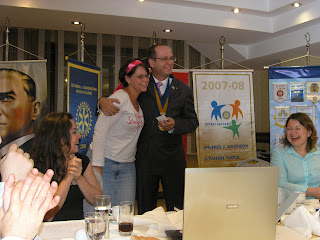 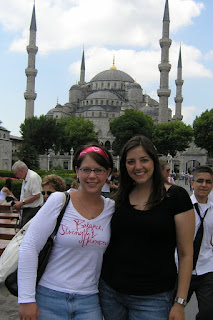 Sevgi and me in front of the Blue Mosque.

Posted by Andrea at 4:32 PM No comments: 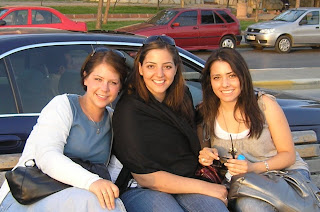 Me, Sevgi, and Beria watching the sunset. 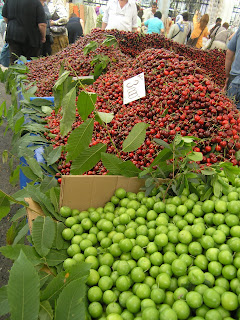 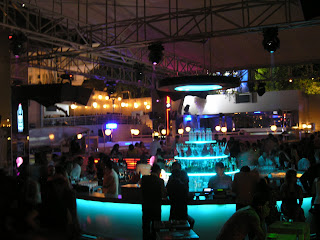 We went to Sortie...a really posh club for Safiye's birthday! 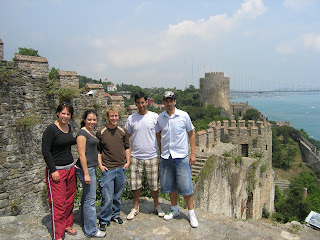 Posted by Andrea at 4:27 PM No comments: 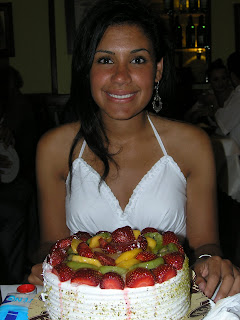 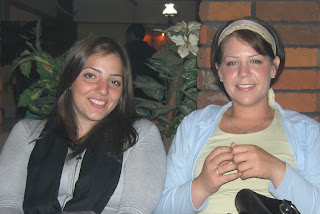 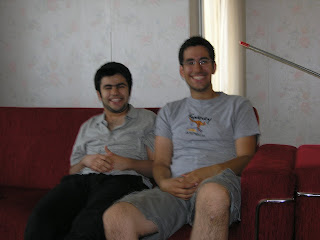 I love these two boys, Kadir and Sinan. I hope I will see them soon. This have really similar smiles...I love it. 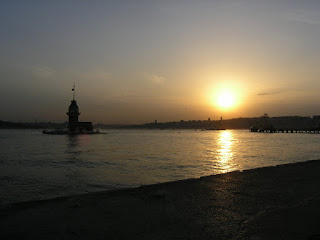 Posted by Andrea at 4:20 PM No comments:

The Constitutional Court said that a vote by parliament to ease a ban on scarves being worn on campuses violated the constitution's secular principles.

The government argues that a headscarf ban stops many girls being educated.

But much of the secular establishment resisted the move, seeing it as a step towards allowing Islam to figure more largely in Turkish public life.

The ruling, by a panel of 11 judges, could foreshadow the outcome of a separate court case in which the ruling AK Party (AKP) could be banned for anti-secular activities.

Some 71 members of the party, including the prime minister and the president, could also be banned from belonging to a political party for five years.

"It is a historic ruling... It signals that hard times are coming for the AKP," said veteran politician Husamettin Cindoruk.

But a senior party member of the AKP, Bekir Bozdag, said the court had overstepped its jurisdiction.

"This is interfering with both democracy and parliament's legislative authority," he told the AFP news agency.

The headscarf ban is seen by some as one of the cornerstones of the secular state - a symbol of the exclusion of Islam from state activities.

The secularist establishment, which includes the army, courts and universities, is opposed to any reform of the ban.

The AK Party, which was re-elected last year with a convincing 47% of the vote, says it is a matter of personal and religious freedom.

It used its strong presence in parliament to push through a parliamentary amendment in February overturning the ban in universities.

Thursday's court ruling is the latest episode in a power struggle between the establishment and the AK Party, which has its roots in Islamism.

Last year's elections were forced after a constitutional impasse over whether the AKP's Abdullah Gul could be the country's president.

Turkey's chief prosecutor says the AKP is "the focal point of anti-secular activities", and is seeking to have it disbanded.

Posted by Andrea at 1:57 AM No comments:

Yesterday at Kiz Kulesi, a bird pooed on me! This is the second time I have been pooped on by a bird while in Istanbul.....Turks say that it is lucky. When you tell them, they say you should buy a lottery ticket....so it that's true, I should be a millionaire by now!
Posted by Andrea at 1:50 AM No comments:

I am quite pleased about this....