The wedding is tomorrow...everything is ready! I am so excited!! We're starting pre-wedding festivities in a couple of hours!!! I can't WAIT!!!!!!!!!
Posted by Andrea at 9:11 AM No comments:

On a side note...Katie and I managed to lock ourselves out of the house. Rick had to come from work to let us in!!!

Never a dull moment! (That's a quote from my mother, who I love!)

With Katie and Rick

Since I've missed so much in the last four months of the wedding planning I am pleased to say that I now get to attend the "meetings." The past couple of days I have got to be with Katie and Rick. It's so much fun. We've had meetings with the hotel, the photographer, and the DJ. I like them all, Katie (and Rick) has done a great job with everything. It's really exciting now to think about the next few weeks!

If anyone has any suggestions on what to say in my "toast" let me know!
Posted by Andrea at 11:49 PM 1 comment: 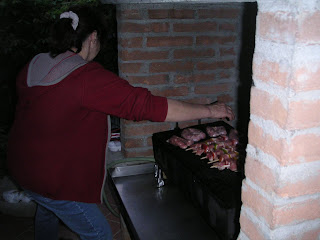 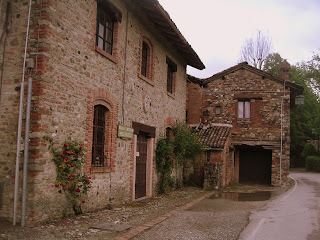 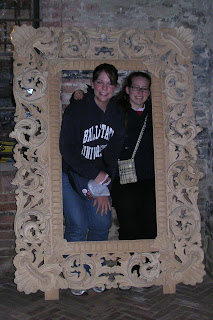 Posted by Andrea at 5:51 PM No comments: 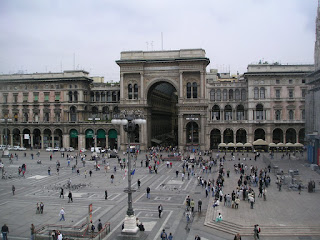 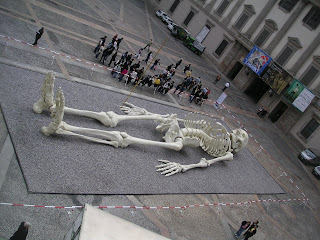 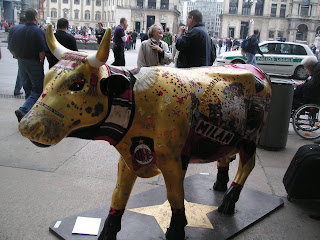 One of the many parade of cows!! Originally started in Chicago!

Posted by Andrea at 5:49 PM No comments: 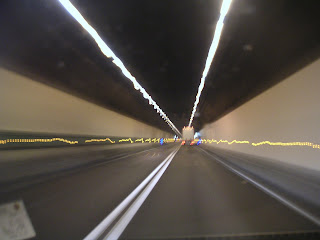 One of the tunnels through the mountains!! They were CRAZY long! 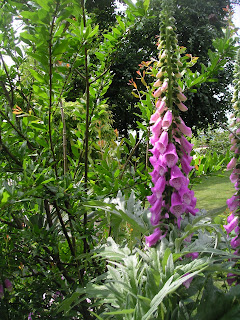 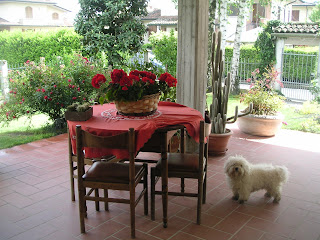 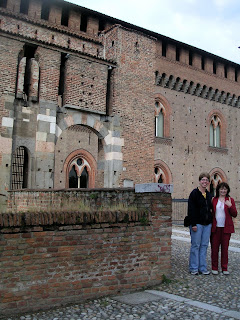 Mom and Carla at the castle, how adorable!

Posted by Andrea at 5:44 PM No comments:

One great week..with my mama...

I’m aware that I haven’t written in a few weeks. I have been driving all over Europe with my mom. We ended up staying in Kusel, Germany for two nights because her luggage was misplaced by the airlines. It was actually really lovely, the only down side is that we did not make it to Amsterdam. We then went to Strasbourg for a day to see Nelly and Christian. I had no idea it was an EU capital. We went on a boat tour so we learned a lot about the history of the city. Christian and her husband cooked us a beautiful dinner too.

Over night we stayed in Thionville, France. It was an unexpected stop, but so much fun. We walked around the square and people watched. Mom ended up taking pictures of these boys riding their bikes over a fountain. It was actually really neat because the boys barely spoke English, but one did say, “I don’t like my English teacher.”

We continued to Giverny to see Monet’s garden and home. It was breathtaking when I saw it with Liz and Steven, but it blew me away this time. The flowers were huge and vibrant. We stayed for quite a long time and we enjoyed every minute. Mom LOVED it, it was awesome to be able to share that with her. That night we stayed in Blaru, a small B&B. Our hostess was Pierre. She was an adorable little French woman who had five children. The house was incredible. I don’t know how we found such a gem in the middle of the French country side, but it was like a fairytale.

Off to Paris…we did the big three art museums: the Louvre, l’Ongerie, and d’Orsay. We were pooped, but we saw a lot. The next day I did not feel well and ended up going back to the hotel after seeing the Eiffel Tower, going to where some Impressionist lived, and Vosges palace. After a long nap and a note from the reception desk, I realized mom was lost. She got back around 7:30. She was lost for two and a half hours!! But she made it back safely! We went to the bar and met “Ryan” who is from Mauritius and Edsel from Georgia, USA.

In the morning we started our long drive to Geneva, Switzerland. The tolls are well, tolling. It was quite expensive, but the view of the mountains and waterfalls was almost priceless. After finding parking and our hotel, we walked around the old part of the city and bought chocolate. The breakfast in the morning was a grand expanse.

We made it to Milan and to Elisa’s house where we found a note to go to the post office were her mom worked. Clara shrieked with delight when she saw us. She doesn’t speak a lot of English, so she was very worried. We ate dinner at Carlo’s, her brother, house. It was just simple rice and cheese, but it was delicious.

Milan was on the agenda for the next day and we took the train into the city center. The Cathedral Duomo was a gorgeous white and pinkish marble. There was tons of shopping, of course. We went to the castle and walked the parks. After we got back to Elisa’s and I took another nap, when mom woke me up Elisa was home!!! We ate another terrific dinner.

Mom left in the morning and Elisa and I watched movies all day. She made me real Italian pizza and mushrooms and rice for dinner. In the afternoon between rain storms we went to a little medieval town. It was quite adorable, but it started to rain again. (There wasn’t rain for the entire month of April, but May has brought the showers.) We talked after dinner like friends who had never parted. It was really lovely and I wish that I didn’t have to get up at 4am the next morning because I know we could have chatted all night. I had the greatest time at her home, but the stay was so short. I can’t wait to go back and maybe she’ll be able to come to Istanbul next year! Some people you see after a long time and wonder why you were ever friends with that person, but then there are others when it makes perfect sense. I love Elisa and I know that we’ll always be friends. :-)

So now I’m in Heathrow airport just waiting to go back to America, not excited about the country, food, government, etc, but I cannot wait to hug and see my family. It’ll always be home.
Posted by Andrea at 3:56 PM No comments:

Mom is just too cute in Switzerland!! 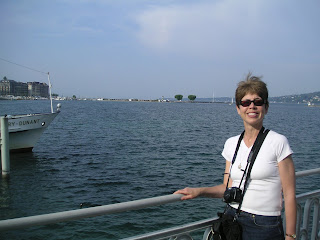 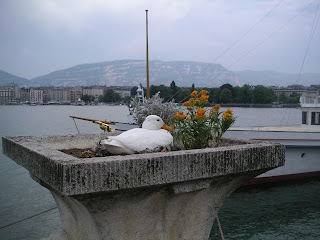 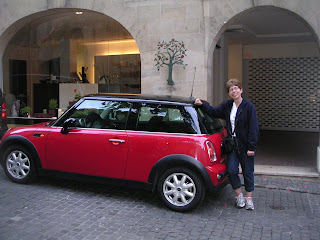 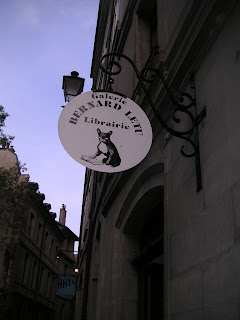 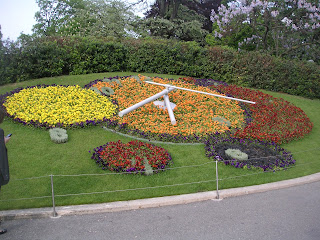 Posted by Andrea at 4:37 PM No comments: 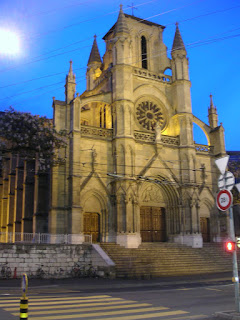 Posted by Andrea at 4:34 PM No comments: