Back in the "bul" and back to class! 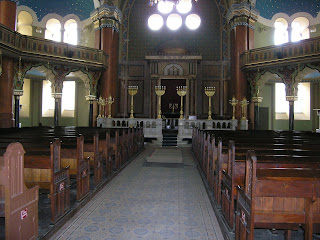 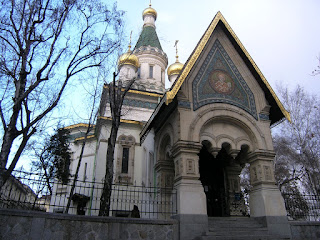 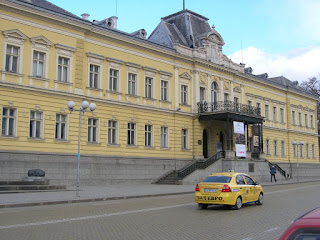 The Bulgarian National Art Museum!! There were quite a few pictures of women breast feeding, I mean enough that I noticed there were a lot, and enough to comment here about it! But there was also a very impressive sculpture exhibit. Plus the building is yellow.....on the yellow brick road...yes, a real one!

Sofia was great! A visa run can be a really nice thing! It was absolutely freezing in the capital though. We were there on the coldest day of the winter! Bryce and I considered buying brandy just to keep warm and now I know why Russians drink so much. But when we were gone, it snowed in Istanbul....lots of snow...and so instead of taking 13 hours on the train to get home, it took 20! I'm glad my dad wasn't on the train, I don't think he would have taken it well.

Sofia is very proud of their acceptance/tolerance. They have a beautiful mosque, synagogue, and Romanian Orthodox Church within a block of each other. They (and Denmark) are the only country to save their Jews from Hitler. King Boris set up his own work camps for them during the war. It is also said that a train of Jews was filled and ready for deportation, but the high priest in the city lay down in front of the train and wouldn't let it leave, saying that they would have to take him too. So the train never left. None of Bulgaria's 32,000 Jews perished in the Holocaust.

I had four classes today. I was not expecting to take four classes, but I liked all of them. I am in Turkish!!! (which I love, even if it isn't the same without Troy) and History of Modern Art and Architecture, (which seems much more interesting that I thought it would be. My professor is Italian and quite nerdy!) macroeconomics, (it was wonderful...I don't know why I like it so much, but it'll help when I get back to the states and have to take classes to get certified to teach econ!) and photography!!!!!!!!!!!!!! Old school photography...I'm pretty sure I know how to do everything, but I am looking forward to it. And as my mom would say, everyone teaches things differently, so you never know what you're going to learn!

I forgot to mention, I am going to Rome from March 1st-March 7th. Also, my friend got accepted to grad school with full funding and I am SO happy for her!!! I am applying to schools to teach in the US, it's a long boring process and not easy because I not physically in the US to interview!

I feel like this is a rather long post, but things are getting better now, especially because there are other Ambassadorial Scholars here now and my friends are back from traveling!
Posted by Andrea at 10:15 AM

I am SOOOOOO happy for you that you're going to Rome, and I SOOOOO wish that I could be going with you!! Who are you going with? Anyone??

Do you know where you are applying yet?? There are two social studies teachers retiring at my school! :-) Eighth grade, anyone?? Haha. I could put in a good word for you. :-)

Im so happy to hear you update!

I'm going to Hong Kong in May, I'm stoked!

Good luck applying for jobs in America- I thought you weren't planning to go back!!!