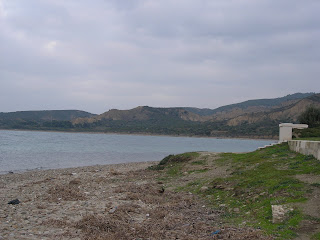 The shores where ANZAC landed. (ANZAC is Australian and New Zealand Army Corp, thank you Troy!) 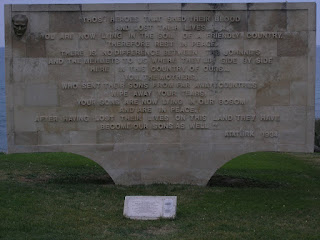 We also went to Galipolli where the Australians, British, French and New Zealanders invaded Turkey (then the Ottoman Empire) in 1915. The cliffs weren't quite Normandy, but it was still pretty incredible. 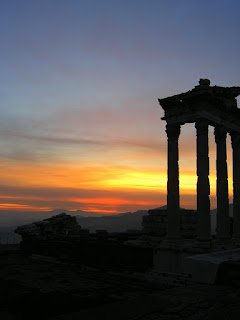 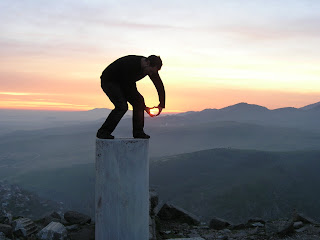 Practicing my photography skills..but it's kind of cool how he is holding the sun. 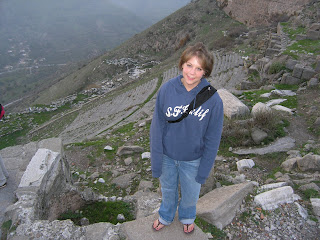 At the theater in Teregama...this place was definitely off the beaten path, but it was great to see and almost no tourist...probably because it was winter and almost closing time...but still. 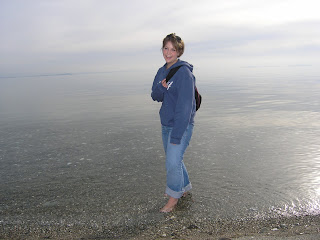 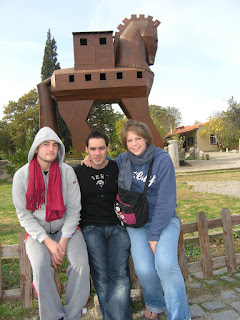 Serkan, Troy, and I at Troy in front of the fake Trojan horse that was made in 1975.

When the German's found Troy, the city was too well intact and they kept digging deeper, ruining much of what was left of the great city. But it is still impressive to see. I don't know if Homer's writing are any more "alive" to me, but I was still excited about seeing the city.

Really our trip was great. I was quite the backseat driver since I can't drive manual, but Troy was patient. He is by far my best friend here and I tell him everything. I hate to think that he'll leave in a month and a half. I have other friends here, many actually, but when you make real friends, it's always hard to see them go or to leave them. It was the same with Rachel and Joy. It's a bitter sweet thing to travel. I have always met incredible people, but then inevitably, you have to let them go. They pop into your life and give you so much to take with you, and then they are gone. Not that I don't see Rachel or Joy and I know I will see Troy again, but maybe I am selfish to want them with me all the time. But I like to think my best friends make me a better person, and wanting to be better isn't selfish.
Posted by Andrea at 7:47 AM