Today we had our first Educators Program tiyul.  The good thing was that I had never been to any of the places where we went before. The bad news was, I was tired, and the guide was very informative and nice, but not so funny and I had a hard time paying attention. 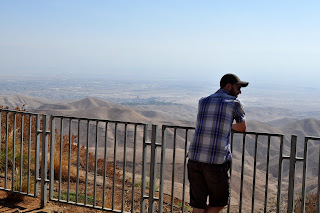 We first went to Mizpe Jericho, which is a look out point to see Jericho. We talked about the first few chapters of Joshua and his conquest into the land of Israel. That part was interesting because I had just read the chapters we were talking about. 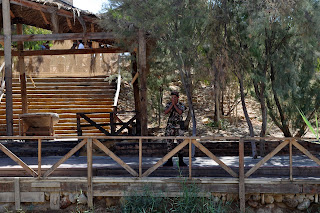 This is a Jordanian soldier just across the tiny stream that is the Jordan River. Many Christians come here because they thing this is where Jesus was baptized, but we were there to see the Jordan River and how Joshua and his troops may have crossed! 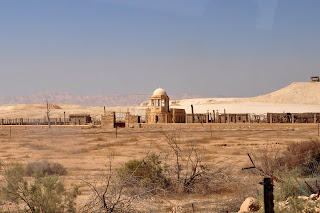 This is a sad story. The Jordanians were using these monasteries next to the Jordan River as a fort to enter into Israel and commit acts of war, so the Israelis blew up the churches so they couldn't hide in them. I'm sure at one time these were beautiful places, now this is all that is left. =( 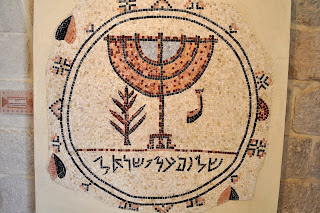 This a mosaic from the floor of a synagogue in Gaza. 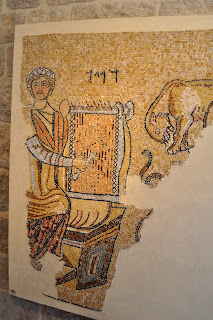 So is this. It's King David, and it's really awesome because now a days Jews wouldn't have a picture or image of anyone, so it's really interesting to note that it was a later interpretation because 2000 years ago, it seemed okay. =)
Posted by Andrea at 12:26 PM