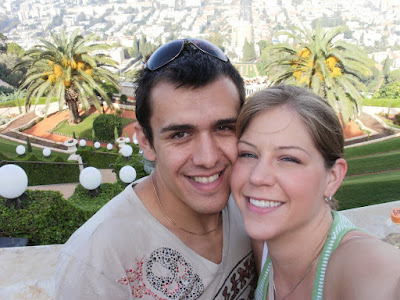 Roi came to Haifa last weekend. Originally he was going to come to help me move to the new apartment, but I wanted to move so much that I did it myself with the help of a few friends, (and Rachel's car.) But he came to see me and my new apartment anyway! We had a wonderful weekend. We walked to the Baha'i Gardens and met with Dima, one of Roi's best friends from the army (who was home, near Haifa because he broke his leg) and Roi helped me organize some of the mass amounts of paperwork that I have been receiving from life in Israel. Roi really liked the gardens and Haifa. When Roi was in Haifa during his army period, it was always down by the port where is it hot and dirty, not in the center at the top of the mountain where it is cool and beautiful. =) 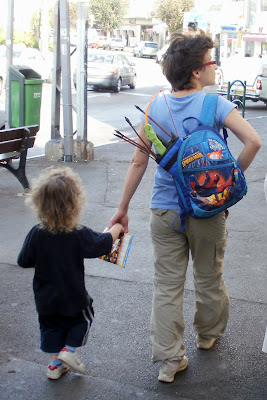 I liked that the kid took his bow and arrows with him. But obviously they became too heavy and his mother had to take over carrying them for him. 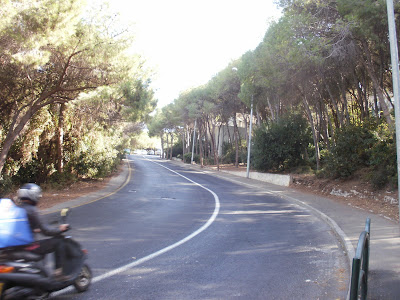 Some of the lovely trees of Haifa, which definitely don't exist in the south. (and the incline too.)