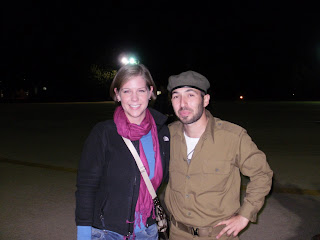 I went to Loren's army base, north of Karmiel to see his graduation ceremony! He graduated from his army ulpan and the first stage of his service. He will be placed into his "real" company later this week! I am really proud of him and I was happy I could attend his graduation and support him!
There is an article on Ynet if you can read Hebrew about this graduation and the army base: 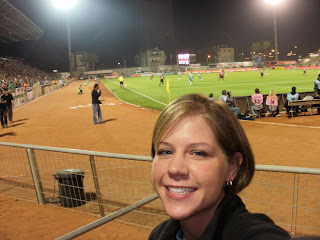 Then I zoomed back to Haifa to go the Maccabi Haifa vs Hapoel Haifa (a derby game). It was my second soccer game in my life, the first was when I lived in Istanbul and went to the BESIKTAS game!!!!!!!!! This was really exciting too. Although I only stayed for the first half, and I was happy I did because the end score was a tie of 0-0!!!!!!!!
Posted by Andrea at 1:56 PM