The Pardes Educators Program had their final tiyul to the north of Israel as part of their History Seminar. We went to Gamla, Katzrin, Capernaum and Zippori. This was by far the most interesting trip (to me). Besides the education part of the trip, we also had a lot of time to bond with our colleagues and have some fun. 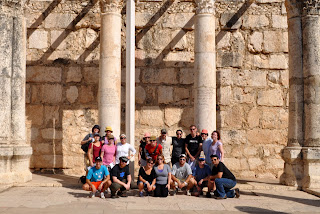 We are in Capernaum in the synagogue that once stood there. It was so interesting to hear about the influence of Christianity on Judaism and how Judaism responded to these outside pressures. 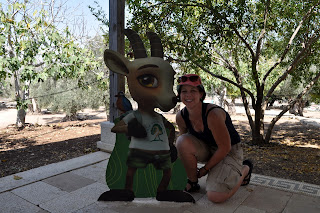 This is at Zippori. I am with Artzi, the Israeli National Parks mascot! I love him!! =) 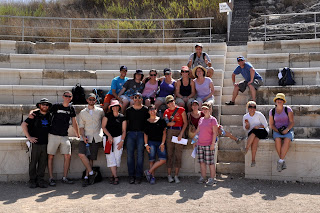 This is at the theater in Zippori. Zippori was a Jewish city in a Roman dominated time period. There are mosaics in Zippori that are clearly "idolatry," so it's interesting to think about how the Mishna came from Zippori (books and lists of rules about Jewish law and keeping Jewish law) when it is clear that people weren't keeping the law how we would expect today. 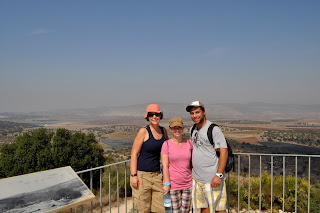 Me and Hannah and Ilan! Great view!!